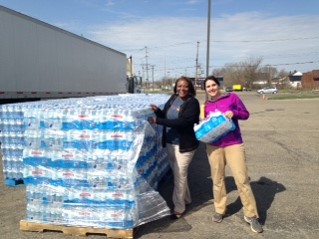 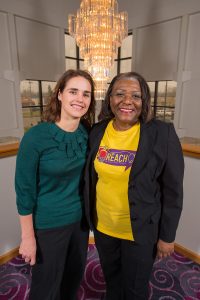 May is Stroke Awareness Month, and we would like to share some information about stroke and our research with you. Each year, about 800,000 people in the United States have a stroke. Disability is the greatest challenge facing survivors and their families. About two thirds of stroke survivors are left with a disability.

Post-stroke disability is substantially reduced by acute stroke treatments, which include intravenous tissue plasminogen activator (tPA) and intra-arterial treatment. Unfortunately, these treatments are underutilized—administered to less than 5 percent of U.S. stroke patients. Treatment with tPA must be given in the emergency department (ED) within 4.5 hours of the start of stroke symptoms. 1 The main reason stroke patients do not receive tPA is that they wait too long to call 911. 2 Think of tPA like Drano® for your brain: We want to get the plugged pipe—in the case of stroke, the plugged artery—open as soon as possible. The less time the artery is plugged, the lower the chance of brain damage, so it is extremely important that a person who is experiencing stroke symptoms calls 911 right away.

Compared with non-Hispanic Whites, African Americans are less likely to receive acute stroke treatment, largely due to their greater delays in seeking medical attention 3-7 Thus, the ability to recognize stroke symptoms and respond immediately by calling 911 is crucial to reducing racial disparities in post-stroke disability. 8 In Flint, Michigan, a predominantly African American community, the rate of acute stroke treatment is half the national rate. 9 In fact, Flint has the lowest treatment rate of any region of its size in the country. 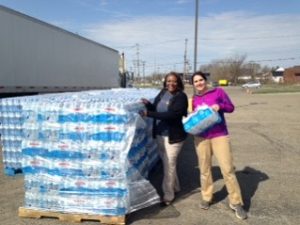 For the past 7 years, neurologists and health behavior and health education experts from the University of Michigan have partnered with Bridges into the Future, a faith-based community organization dedicated to improving Flint’s health, to increase stroke preparedness. During our pilot study, “Stroke Ready,” which was funded by the National Institute of Neurological Disorders and Stroke, we learned through local focus groups that it would be important to address factors such as outcome expectations (i.e., the belief that strokes can be treated) and cost and anxiety barriers when developing stroke preparedness interventions for the Flint community. Using a community-based participatory research (CBPR) approach, we developed and tested a faith-based, theory-driven, peer-led behavioral intervention that increased stroke preparedness among youth and adults in three predominantly African American churches. 10-11 With support from the National Institute on Minority Health and Health Disparities, we are now testing a multilevel intervention to optimize acute stroke care in the ED and to improve community stroke preparedness, with the primary goal of increasing acute stroke treatment city-wide.

African Americans experience significantly worse post-acute stroke outcomes. Our goal is to reduce this disparity by developing accessible, effective stroke preparedness programs with the communities that are most in need. By combining theory-based public health approaches to address neurological disease, we hope to provide neurologists and community partners with a framework for approaching neurological disease and, ultimately, improving the lives of our patients.