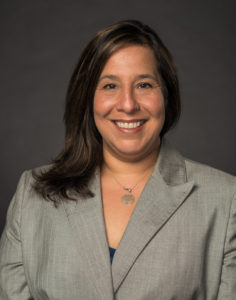 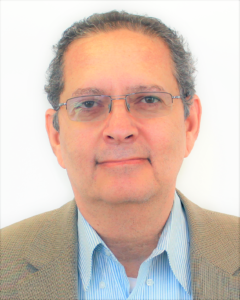 National Hispanic Heritage Month (September 15–October 15) provides an opportunity to reflect on how the histories, cultures, and contributions of Latino Americans have enriched our nation and society. As the largest ethnic minority group in the United States, numbering nearly 58 million, Latinos are the principal driver of demographic growth, accounting for half of the national population growth since 2000.1 The U.S. Latino population continues to not only grow but diversify.  While Mexicans remain the largest U.S. Latino immigrant group, shifts in immigration patterns over the past decade indicate steep increases in Latino immigrants of Caribbean and Central and South American origin arriving in the U.S.1

Health disparities (e.g., alcohol liver disease, HIV/AIDS, obesity, and mental health) impact Latinos in the U.S. These disparities are influenced by sociodemographic, behavioral, social, and societal factors including language and cultural barriers, lack of access to health care, and structural discrimination.2,3 To tackle these issues, researchers must first identify the mechanisms influencing health disparities and explore multilevel interventions to address them. There also remains a salient need to increase the number of Latinos and other ethnic/racial minority investigators pursuing careers in biomedical and behavioral research.

The Center for Research on U.S. Latino HIV/AIDS and Drug Abuse (CRUSADA) at Florida International University (FIU) is at the forefront of these efforts with an overarching goal to prevent and eliminate health disparities affecting Latino communities in Miami-Dade County, Florida. This work centers around conducting community-based research and establishing community engagement strategies and partnerships to build a long-term, sustainable presence in vulnerable and marginalized Latino communities, including immigrants and farmworkers. CRUSADA has also funded and trained nearly 60 health disparity professionals at the faculty, postdoctoral, and predoctoral levels. Most recently, CRUSADA is home to FIU’s Health Disparities Initiative, funded through an endowment by NIMHD.

We are currently conducting innovative research to better understand how pre-immigration experiences influence health trajectories among Latino immigrants. While Latinos face a host of previously mentioned health disparities, there is a perplexing phenomenon known as the Hispanic/Latino Paradox. The paradox explains that even with social and structural barriers, Latinos in the U.S. tend to be in better health and live longer than non-Latino Whites. Furthermore, Latino immigrants are healthier than their U.S.-born counterpart­­­­ – experiencing health declines as their time in the U.S. increases. Diminishing health among U.S. Latino immigrants has frequently been attributed to the acculturation process. Among these, is the well-documented escalation of alcohol use and misuse.5 Yet, previous studies have focused primarily on the drinking patterns of Latinos living in the U.S. for extended periods of time. Little is known about how shifts in alcohol use behaviors occur from the pre- to post-immigration context among Latino immigrants.

Among our ongoing research initiatives is CRUSADA’s Recent Latino Immigrant Study (RLIS). Originally funded through an NIMHD P20 Center of Excellence, the RLIS was the first community-based cohort study to examine the pre to post-immigration alcohol use trajectories of young adult, recent Latino immigrants, as well as the underlying social determinants contributing to these trajectories. Subsequently funded by the National Institute on Alcohol Abuse and Alcoholism this ongoing study has successfully followed a cohort of more than 500 immigrants representing 17 Latin American countries across a 10-year span. The study’s remarkable 97% retention rate over the past decade speaks to our culturally relevant and effective recruitment and retention strategies in the Miami-Dade County Latino community).6

Findings from the RLIS challenge our current understanding of alcohol use trajectories among U.S. Latino immigrants and have identified various sociocultural determinants as potential mechanisms of alcohol use in this population.7  Rather than indicating typical patterns of increased alcohol use among women (and little change in men) over time, our findings revealed decreases in alcohol use in men, with no significant change in women.8 Results showed associations between various social determinants (i.e., social support, neighborhoods, religious coping, social capital, and family cohesion) as potential mechanisms of acculturative stress and alcohol use.9,10, 11, 12 Collectively, these outcomes suggest that, for at least some subsets of Latino immigrants, the well-known escalation of alcohol use as their time in the U.S. increases may not hold.

This ongoing study continues to identify how risk and protective social determinants interact with the acculturation process to influence distinct pre- to post-immigration alcohol use patterns among distinct Latino immigrant subgroups as their time in the U.S. increases. Findings from the RLIS have laid the groundwork for the development of alcohol misuse prevention interventions targeting Latino immigrants early in the immigration process.