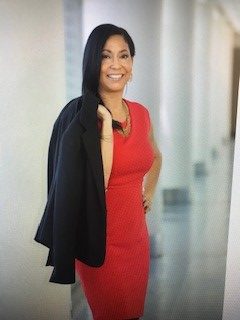 This is part of a series of guest NIMHD Insights blog posts where NIH Institute and Center Directors highlight initiatives, resources and funding opportunities relevant to minority health and health disparities research, and training at their Institutes. The goal of this guest blog series is to link NIMHD stakeholders to minority health and health disparities-related information and opportunities across NIH. 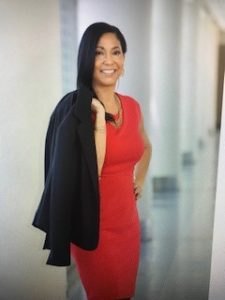 The Office of Research on Women’s Health (ORWH), on behalf of NIH, led the development and publication of The Trans-NIH Strategic Plan for Women’s Health Research, outlining NIH’s goals for advancing science for the health of women over the next 5 years. One of three guiding principles of the Strategic Plan posits that the influences on the health of women include—in addition to sex and age—race, ethnicity, socioeconomic status, education, geographic location, disability status, and other factors. Rigorous scientific research that accounts for these influences can help us understand and address the health concerns of all populations of women, particularly women from minority populations that bear a disproportionate burden of illness.

A cursory glance at maternal morbidity and mortality statistics, for example, confirms unequivocally how health disparities between racial and ethnic groups abound in the United States. Black women are three to four times more likely to die from pregnancy-related causes than White women.1 More than twice as many African American mothers receive no prenatal care or prenatal care only late in their pregnancies as White mothers.2 Although maternal mortality is on the rise for all demographic groups in this country, Black women have experienced the fastest rate of increase, up to 12 times faster than the rate for White women in some areas.3 Maternal mortality rates are also elevated among Native Americans, Alaska Natives, and some Asian and Hispanic subgroups in certain regions of the United States.4,5 Black women have the highest rates of 22 of the 25 indicators of severe maternal morbidity established by the Centers for Disease Control and Prevention5 and more than twice the risk of severe maternal morbidity of White women.4 Black women have higher rates of preeclampsia than other racial groups, and pregnant women in general with new-onset hypertension are more likely to die of cardiovascular disease later in life.6 In New York City, Black and Hispanic women are more likely than White women to deliver in hospitals with higher rates of severe maternal morbidity.5,7,8 Nationwide, racial and ethnic trends in maternal morbidity and mortality as they relate to site of delivery are similar to those in New York City.9

ORWH, along with other NIH Institutes and Centers, addresses these and other concerns with the following policies, programs, and models supporting biomedical research with the potential to reduce health disparities:

Through these programs and models, ORWH hopes to guide biomedical research and clinical practice to reduce health disparities and improve care for minority populations. Future longitudinal studies could, for instance, follow women with preeclampsia in the years and decades after their pregnancies to determine the risk of later-life hypertension and other cardiovascular diseases and to test screening practices, preventative interventions, and treatments. In such studies and analogous research in all areas of human health, consideration of race, ethnicity, and the other factors identified in the multidimensional framework would address disparities; inform individualized, evidence-based treatments; guide implementation science; and improve the health of all women.

Figure 1. This multidimensional framework represents the intersection of multiple factors over the course of a woman’s life.

One thought on “Guest Blog Post: Reducing Health Disparities to Improve the Health of All Women”