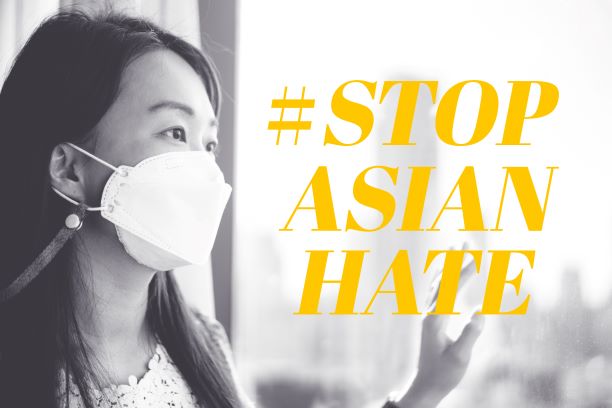 The rise of COVID-19 coincided with a rise in reports about anti-Asian hate incidents in the U.S. and around the world in 2020. Analyses of social media data showed a massive 17,000% increase in negative sentiment against Asians that correlated with our former president’s infamous use of the phrase “China virus” in March of 2020, which directly contradicted calls by public health officials to use neutral terms such as “COVID-19.” 1 Other research confirms these trends2.

In response to the rising hate incidents, community groups created new reporting systems, such as stopaapihate.org, which sought to document hate incidents. New voices emerged from academics, politicians, actors/actresses and others who have condemned these incidents. And refreshingly, the news media have begun to write about anti-Asian hate incidents — in years past, such reports were far more likely to remain invisible.

Yet, here we are a year later, facing the same issues.

What this demonstrates is that we have poor infrastructure for capturing oppression. The formal channels for documenting hate incidents were viewed as inadequate. Members of the community felt that anti-Asian incidents were not taken seriously by authorities, a problem that was compounded by language barriers. Accordingly, the Asian American community had to create new ways to document hate incidents themselves. Much has been done over this past year.

And yet, we run the risk of making a few mistakes:

The first mistake is equating hate crimes with the face of racism. Certainly, hate crimes are life changing. A single assault is one too many.  Even minor slights can affect both physical and mental health.3 Yet, their presence should not be the only reason, or the only time, we think about racism. We often assume that all is well if there are no reports of hate crime victims, such as Vincent Chin, Breonna Taylor, George Floyd, or Vicha Ratanapakdee. That assumption is a deadly mistake.

The second mistake is assuming that a single politician, social group, or entity is the cause of racial problems. But that view is too simplistic. It lets the rest of society—including ourselves—off the hook. Structural racism is not about racist individuals or groups. It is about how the entire organization of society is built to enshrine white supremacy. So, yes, we should hold people and groups accountable for their actions, but we should not stop there. We should view all of the machinery of society, including our laws, policies, and informal actions as having inequality built into its equilibrium.4 Unraveling racism means attending to all these interconnected systems. We should not simply focus on perpetrators of hate crimes who are enabled by the system to be seen as bad apples having bad days. We need to acknowledge that the rot is systemic. And, we need to encourage the brightest thinkers to find new solutions.

The third mistake is holding our tongues because so many times in the past, our voices were ignored or invalidated. These invalidations often arise due to Asians erroneously being perceived as a model minority (being economically successful and healthy, which is not true).5 Sometimes, these perceptions become internalized. I have heard many fellow Asian Americans say, “I don’t have a right to talk about racism against me; others have it worse.” Such guilt is the work of structural racism, which encourages complicity with the status quo. That is, silence signals consent to oppression. Let us not make these mistakes. Let us own our experiences that are earned, just, and deserved. And more importantly, let us raise our voices to express outrage, in high resonance to shatter the structure of inequality.

Asian American and Pacific Islander (AAPI) Heritage Month is not only about celebrating our heritage. It is about honoring every one of us who had to endure the “where are you from” question, or the “you don’t act like other Asians.” It is also about recognizing those who were deported, falsely accused, or murdered. And it about those whose own modest lives tipped the scales a fraction towards equality, including Wong Kim Ark, Kinney Kimmon Lau, Grace Lee Boggs, and Yuri Kochiyama, who, if you don’t know, you should look up.

Finally, it is a living history that will be written by our children, who we hope will inherit a healthier, civil, and just society.