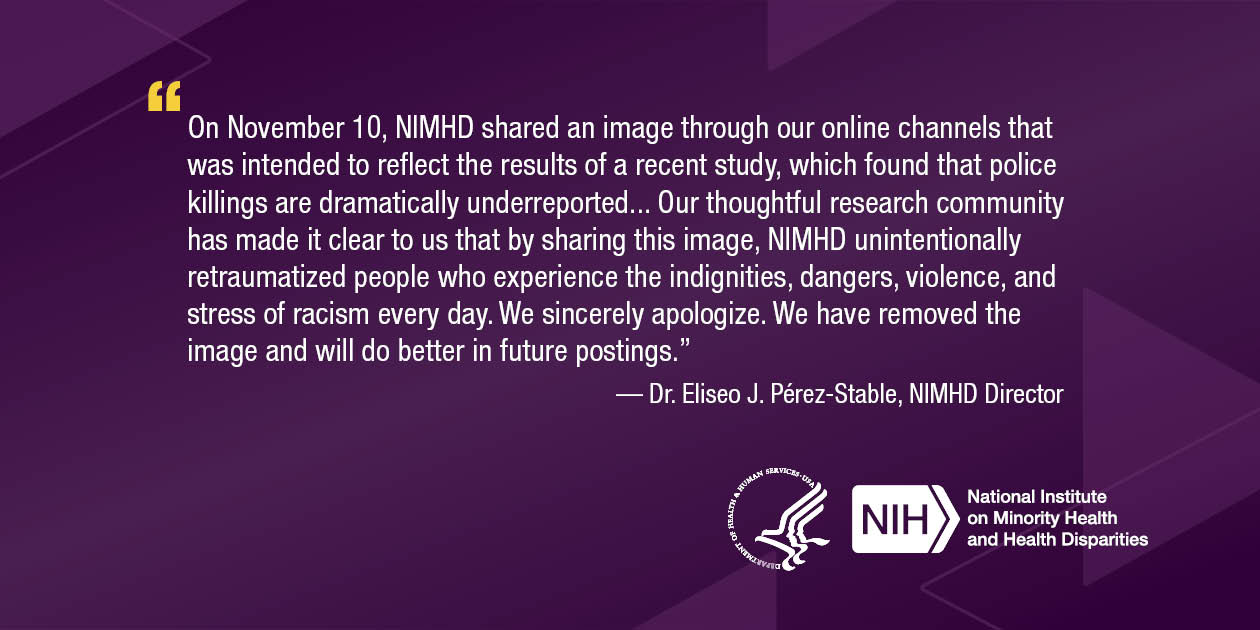 On November 10, NIMHD shared an image through our online channels that was intended to reflect the results of a recent study, which found that police killings are dramatically underreported. Mortality from police violence is more than two times greater than what is reported in the U.S. National Vital Statistics System—and the under-reporting is particularly marked for African American individuals. I was one of the co-authors of this research paper and I am profoundly saddened that so many people die during encounters with police every year.

The picture chosen was intended to reflect the unfortunate reality that occurs all too often. However, the image was insensitive and deeply disheartening. Our thoughtful research community has made it clear to us that by sharing this image, NIMHD unintentionally retraumatized people who experience the indignities, dangers, violence, and stress of racism every day. We sincerely apologize. We have removed the image and will do better in future postings.

Improving the health of racial and ethnic minority groups is the everyday work of this Institute. NIMHD is committed to continuing to lead the scientific efforts to develop, implement, and evaluate interventions to manage, reduce, and eliminate structural racism and discrimination. 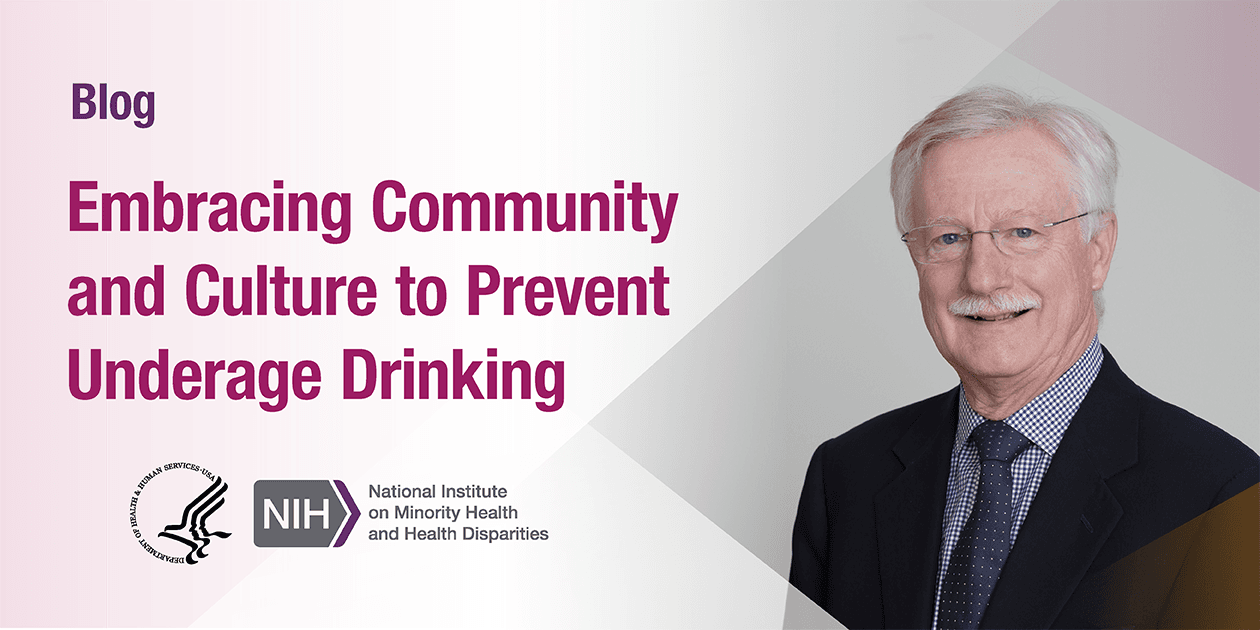 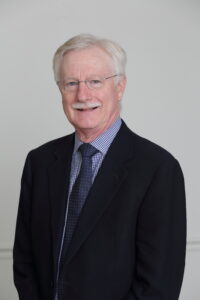 In a decades-long project supported by NIAAA, Stacy Rasmus, Ph.D., at the University of Alaska, Fairbanks, in collaboration with the Yup’ik Native Alaskan community, is examining how tapping into a community’s culture can provide a cornerstone for youth substance misuse and suicide prevention efforts. Together, they developed the Qungasvik (Tools for Life)” Toolbox” intervention, which uses community, cultural, and historical connectedness to build protective factors against suicide and alcohol misuse at individual, family, and community levels. Research findings have shown that Qungasvik is effective in reducing co-occurring youth alcohol misuse and suicide risk, and ultimately, AUD and death by suicide. END_OF_DOCUMENT_TOKEN_TO_BE_REPLACED