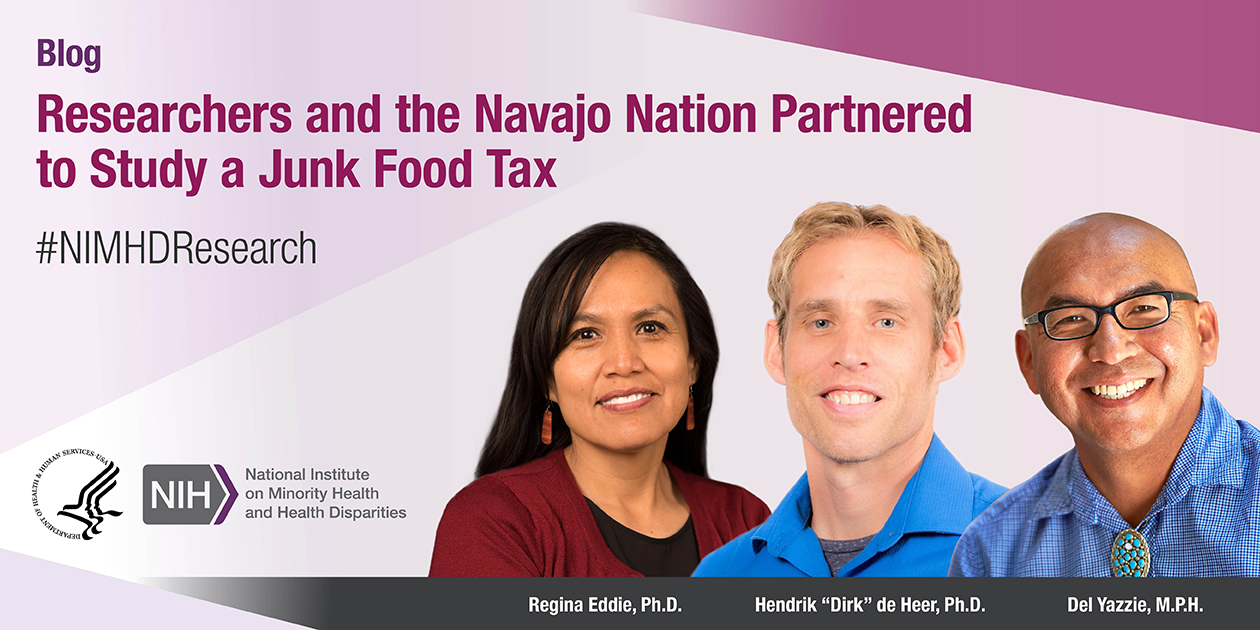 Eight years ago, the Navajo Nation enacted the first junk food tax within the United States and the first in any sovereign tribal nation in the world. The Healthy Diné Nation Act (HDNA) of 2014 created a 2% tax on foods and beverages that had little to no nutritional value. A companion piece of legislation removed the usual sales tax (then 5%, now 6%) for healthy foods, including water, nuts, fruits, and vegetables. The revenue from the unhealthy food tax is designated for local wellness projects in the 110 local communities that make up the Navajo Nation.

Other tribes and researchers can learn from our example by partnering to advance both the research needs of Indigenous people and the research community’s understanding of the effects of public health policies. 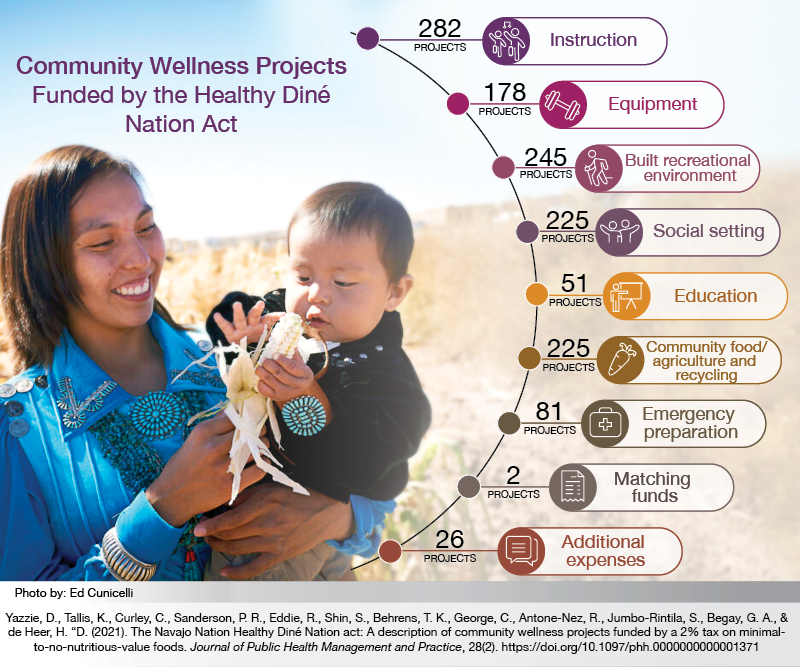 The legislature gave the Navajo Department of Health until 2020 to determine whether the policy was achieving the desired goals: promoting healthier diets and lifestyles in the Navajo Nation and supporting local community wellness projects. If the law was helping, it would be extended. If not, it would expire at the end of that year. That gave the department about five years to determine whether the tax was working. That’s where our research team came in, collaboratively building a partnership between the Navajo Epidemiology Center, Northern Arizona University, and Brigham and Women’s Hospital affiliate Community Outreach and Patient Empowerment (COPE).

In this example of community-directed research, community interests and academic research interests were closely aligned. The Navajo Nation needed to know whether this tax was working or not, and the researchers needed to study the effects of junk food taxes.

We based our evaluation on data already being collected by the tribal government, along with federal government data and new data that we collected as part of this partnership.

We learned that the tax revenue decreased by about 3% every year, despite the lack of changes in overall sales tax revenue in the Navajo Nation, suggesting that people weren’t buying as much junk food as before. We also learned that more than 99% of the revenue was successfully allocated to local communities, an impressive feat. With the tax revenue, the local communities focused primarily on supporting the built recreational environment (such as walking trails and playgrounds), exercise equipment, nutrition and fitness classes, and social events. We further learned that stores in the Navajo Nation implemented the tax with nearly 90% accuracy, about the same as in major cities implementing soda taxes. Modest improvements in the food environment were found, with pricing and healthy food availability more aligned with those in nearby areas outside of the Navajo Nation. Informed by these findings, in 2020, the Navajo Nation Tribal Council reauthorized the tax with no expiration date.

When collaborating with tribal nations, researchers must understand the historical context of relations between tribes and outsiders. For the Navajo Nation, this includes forced relocations, hundreds of environmentally damaging uranium mines, and children being sent to boarding schools against their families’ wishes. And, until the late 1980s, the Navajo people did not have control over what kind of research was done about their lives.

Research protections and government processes exist to protect the Navajo people from exploitation. Although it is possible to hire consultants who specialize in navigating tribal government for outsiders, we recommend that researchers instead take the time to understand a tribal nation’s protections and processes, including the historical background that explains why the protections and processes are needed. Working through these processes has given our research team perspective and helped build the partnership between researchers and the Navajo Nation. This close relationship has made it possible to work through the variety of issues that come up while conducting research.

In addition, this partnership has enabled us to build capacity for research in the Navajo Nation. This includes figuring out infrastructure issues, such as creating templates for frequently used documents and renewing a federal registration number that allowed the Navajo Department of Health to receive federal funds.

The partnership has also involved supporting students. This project has supported eight Navajo students in master’s programs at Northern Arizona University. Six have graduated, and the other two are on track to do so at the end of this academic year; one of our graduate students is now in a doctoral program at the University of Arizona. Junior faculty have also been able to work on the project. We are advancing careers and supporting scholars’ advancement to higher levels of leadership. Eventually, these trainees will be able to lead research projects in their own tribal communities.

Our partnership over the past five years has advanced the needs of both the Navajo Nation and the research community. We recommend that other tribal nations and researchers follow our lead and pursue common goals together. Our communities share interests and goals, and with thoughtful cooperation, we can work together toward a better future.